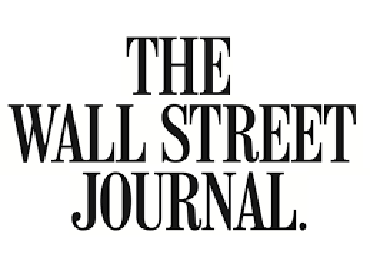 Tunis, Tunisia -- WHILE EUROPEANS throw up barriers to slow the erosion of their manufacturing base by cheap Asian imports, a different sort of competition looms for their 10 trillion euros ($12.87 trillion) services sector -- a challenge as plain as the nose on Catherine Blachere's face.

The 40-year-old Frenchwoman came to the northern tip of Africa and paid 1,800 euros for a touch of cosmetic surgery, half what it would cost back home in Paris. "I also got a week in a five-star hotel," Ms. Blachere says, her face covered in blood and bandages after the surgery.

Europe's proximity to rapidly modernizing nations, coupled with the proliferation of cheaper options for travel to such locales, is making it easier for Europeans to look beyond the Continent for services ranging from medical care to call centers to computer support. What's more, this type of competition can't be countered by the tariffs and quotas the European Union has imposed to stem the flow of goods from China and elsewhere.

EU ministers will gather on May 29 to debate whether to approve a watered-down version of the services directive, which aims to ease the cross-border provision of services within the bloc.

Yet the EU's effort also underscores the market forces encouraging change. For example, doctors and other health professionals were exempted from rules devised to make it easier for an EU business to set up shop in any of the 25 member states, even as European patients increasingly head to places like Tunisia, India and South Africa for affordable health care. And while most health care will remain the province of domestic medical providers, the growing popularity of people heading abroad for elective procedures hints at the long-term futility of protectionist measures in the services sector.

Medicine is hardly the only arena in which Europeans are skipping to distant shores. French companies are rushing to this former French colony to hire French-speaking call-center operators and computer programmers. Businesses are shopping for services along the rim of the core of richer, older EU members, especially neighbors whose people speak their language. German companies are outsourcing services to Poland, which has many German speakers, and British groups are going into the Baltics.

Despite the fears of cheaper competition from abroad, many EU officials, economists and business people see the global services trade as ultimately benefiting the European economy. They argue that as poor countries grow richer, they will become better markets for more European products. Even relatively small companies like the Cosmetica Travel Agency that organized Ms. Blachere medical tour depend on services and goods from Europe. cosmetica purchased advertising in French newspapers, and the clinic says it gets scanners, computers, equipment and drugs from European suppliers.

Overall, the EU continues to export far more services than it imports. According to the European Commission, the bloc's executive arm, the EU's total trade surplus in financial services grew to 26 billion euros between 1998 and 2003, from 9 billion euros between 1992 and 1997. In the computing sector, a 1 billion euros deficit became a 20 billion euros surplus over the same time span.
Plastic surgery is one of several businesses finding a profitable niche in developing countries -- and it embodies many of the debates growing around services that might involve a personal or financial risk to the customer. It is easy to advertise, and people who can afford breast enlargements and other procedures can afford the travel.
Medical procedures outside Europe are also much cheaper as a rule. Wages in Tunisia, for example, are one-fifth to one-third the levels in Britain and the other richest EU members. A surgeon in Tunisia, for example, makes about 50,000 euros a year -- about a quarter to half the amount a European can earn.
And plastic surgeons can find a booming market in Europe.

In the U.S., plastic surgery is a $11 billion-a-year industry, and the number of operations is growing 5% a year, according to the American Society of Plastic Surgeons. The trend now is spreading to Europe, though no E.U.-wide figures are available. An estimated 50,000 Britons leave their country every year for some sort of medical operation, according to the British Association of Aesthetic Plastic Surgery.

European plastic surgeons are outraged at the trend and warn it could be dangerous. "Europeans should be able to count on quality medical care, and when you travel overseas, you're not sure to get it," says Jean-Luc Roffe, president of the French Union of Plastic Surgeons, which has launched a campaign of interviews with French newspapers and television stations to dissuade EU citizens from traveling to Tunisia.

To many economists, though, these complaints "seem like vested-interest lobbying," said Alec van Gelder, a research fellow at the International Policy Network, a London think tank that promotes free markets in the developing world as a way of balancing global inequality. "There may be added risks with purchasing medical care in a country like Tunisia, but the consumer should be free to choose." The economists also point out that many customers, like Ms. Blachere, couldn't afford plastic surgery in their home countries anyway.