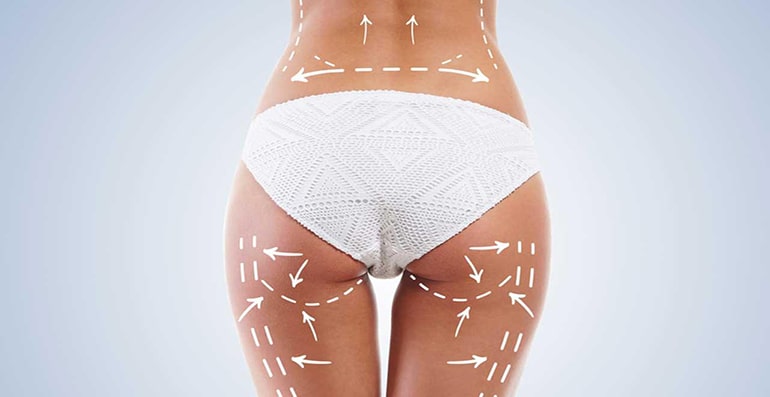 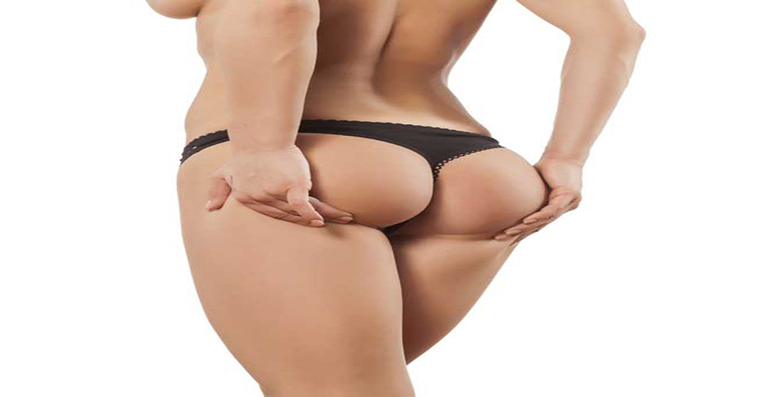 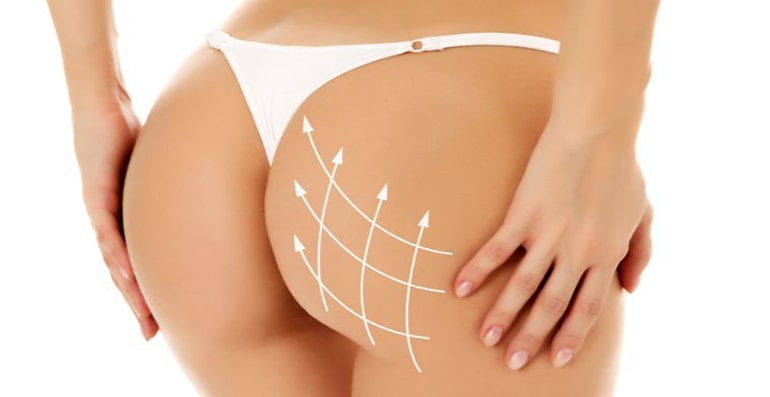 During the last ten years, many techniques have been developed for buttocks aesthetic remodeling. Thus, it is possible today to get the buttocks that you want. Flat or chubby, high or drooping, firm or loose ... There is an infinite variety of different buttocks. Whatever the initial situation, the aesthetic reshaping of the buttocks makes it possible to obtain the desired volume and shape. The objective of buttocks contouring is to obtain an aesthetic result adapted to your lifestyle. To avoid being bothered by the consequences of certain techniques, choose a suitable solution: If you practice a lot of sports, prefer a filling solution without implant.

We currently have three filling solutions: reinjecting your own fat, so called Brazilian bum lift, injecting hyaluronic acid gel or placing buttocks silicone implants. If you often wear light clothes (bikinis, strings), you have to consider the scar left after buttock lift that should be hidden. In fact, buttocks lift surgery consists of tightening the buttocks and pull them up. This intervention has a very effective results, but it do leave a scar in the lower back that must be hidden. If you want to refine your thighs and hips at the same time, liposuction is definitely the best solution. It is advised to wait at least 18 years before considering any intervention, but not to resort to it after 60 years: the result depends mainly on the elasticity and the tonicity of the skin. These interventions are generally performed around 30/40 years.

A buttock lift is recommended for people who have buttocks with a sufficiently developed volume but who have an excess of skin. This intervention treats sagging buttocks. The bum lift surgery aims to tighten the sagging buttock, lasts approximately two hours and is performed under general anesthesia. A butt lift involves removing excess skin and removing fat to improve the contour of the waist, hips and buttocks. This helps to firm the buttock and reduce the wavy appearance created by cellulite. The surgeon makes an elliptical incision at the level of the lower back, it extends from one hip to another. The procedure leaves a V-shaped scar over the buttocks. Liposuction or lipofilling can be combined with this bum lift surgery. The patient should wear a compression panty to minimize swelling and bruising. Sitting should be avoided as much as possible, as well as leaning. The work can be resumed generally between 7 and 10 days later, but the sport is forbidden until 1 month and a half after the intervention.

If it is an implant, the patient determines with the plastic surgeon the size and shape of the prosthesis that suits their expectations. Implants always have a silicone elastomer cover, filled with a cohesive silicone gel. The wall is thicker and the gel is firmer than in breast prostheses. The buttock implant is recommended for people with undeveloped buttocks, with an unmarked fall of the kidneys, or flat buttocks following a weight loss. The incision is made in the buttock crease, which makes it invisible afterwards. Then, the implant is inserted inside the muscle called gluteus maximus. Once this is done, the surgeon sutures and puts on a protective bandage. An analgesic treatment is prescribed to the patient to prevent any pains the first days. Moreover, swelling and bruising may occur and will take a few weeks to disappear. The patient can resume normal activities after 1 month. However, they will not be able to sleep on their back, or carry heavy loads. After butt implant surgery lasts between 10 to 15 years.

One of the most common interventions for buttocks is fat injection. This practice was emerged at the beginning of cosmetic surgery, but in recent years, it has become almost "common" for plastic surgeons. Fashion is having Brazilian buttocks, more and more women dream of having chubby buttocks and well sculptured.

Lipofilling is another method of giving a more contoured appearance and a perfect curve to the buttocks. It is an injection of a purified fat, through very thin cannulas (in the form of syringes), which is taken from another area of fat accumulation. Often, this excess of fat is transferred by liposuction in the abdomen, hips, or even the saddlebags. This fat will be centrifuged and filtered to remove non-fat soluble residues. The fat reinjection is done in various points of the buttocks to homogenize and redraw the shape. The buttock lipofilling procedure including liposuction lasts 2 hours, or even 3 hours if the desired aspect of the buttocks is quite important.

The patient should stay two nights in the clinic to ensure their good health state and especially its complete recovery from anesthesia. The postoperative effects are generally more or less painful, however, bruises and edema will occur after such surgery. The patient will have to sleep on their stomachs for a while. Moreover, it is recommended to take a rest for one week, and it is strongly advised avoid sport for 1 month. Furthermore, it is important to wear a compression panty, and avoid any sexual intercourse. The result is visible after 3 weeks. But it is necessary to wait at least 4 months to observe the final result, which is characterized by a noticeable increase of buttock volume and projection, a perfect butt shape, and a refinement of the skin tissue.

Compared to gluteal implants, lipofilling has more advantages since the risks and complications are totally absent, there are no scars, the result is natural and harmonious both to the touch and to the sight. This is probably the most promising intervention in the buttock surgeries field.