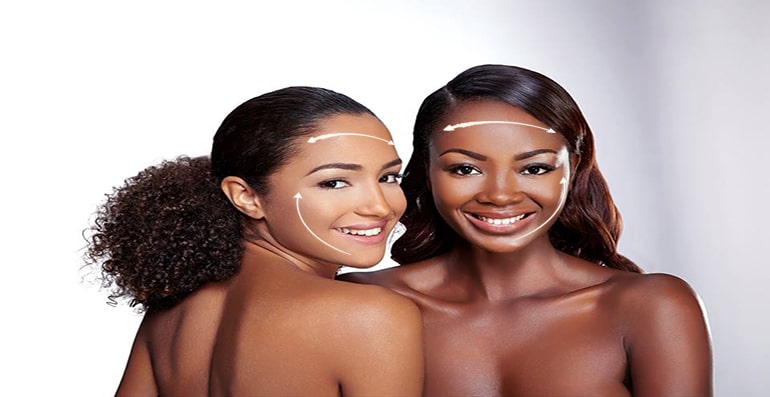 The eyebrows also undergo the effects of ageing, this alteration acts gradually on the whole face giving it a sad and tired appearance. Indeed, over time, this area loses its firmness and affects the face's look. The temporal lift, also called mini temporal brow lift helps to eliminate the sagging skin and smoothen the crow's feet spread in the temple area, eyebrow and upper eyelid areas. The lifting temporal can be performed with other plastic surgeries, such as the eyelid surgery known as blepharoplasty. Besides, the temporal brow lift corrects the tail of the eyebrows in the position it was a few before. Thus, it contributes to the rejuvenation of the look and the forehead as well. By raising the outer part of the eyebrows, the temporal lifting restores the eyebrows' shape and also eliminates the drooping eyelids. This procedure is recommended for all patients whether man or woman at 40 years old suffering from wrinkles and droopy skin in the temporal area.

The price of a Temporal Lift in Tunisia coupled with a week of recovery or vacation in a 5 stars hotel is at least % cheaper than the sole procedure in Europe and for the same medical quality.

The main goals of this facial plastic surgery are to make the facial skin firmer, to get rid of the sagging skin on the forehead and wrinkles next to the eyebrows in order to give the upper third of the face a younger appearance.

In case of temporal endoscopic brow lift, the surgeon does 3 to 5 incisions. Through one of these scars, the surgeon introduces an endoscope connected to a mini camera that will display the detachments under the tissues. Other incisions will allow the passage of special surgical instruments designed for endoscopic surgery. The practitioner removes the excess skin, repositions the remaining tissues and places a compressive bandage.

For the temporal lift, the incision measures between 4 and 6 cm and is located a few centimeters behind the hairline. The scar may also be located at the level of the hair line (pre-capillary scar) when the hairline is already quite far back and/ or the amount of skin to remove is important. The stitches are made with resorbable thread lifts or staples. Scars are protected by a very discreet dressing for twenty-four hours after surgery.

Post operative effects and recovery after a temporal lift

Result and outcome after a temporal lift

The result of a temporal lifting is noticeable the first days following the surgery. As for any facial surgery, however, it takes a few months to be able to appreciate the final result. If in the next few years the patient wishes to undergo a face lift, there is no need to go through a new temporal brow lift intervention. In order to maintain the result longer, it is recommended to make spaced and regular BOTOX injections in the orbital fibers of the orbicularis muscle. Indeed, it decreases the lowering effect of this muscle on the tail of the eyebrow.

Advices before and after Temporal lift plastic surgery

A preoperative examination is carried out in accordance with the prescriptions. Indeed, the plastic surgeon explains to the patient all the details of the procedure, the postoperative follow-up, the scars location and gives few instructions before and after the temporal lift surgery. In addition, they detail the expected result and the surgical procedure to be performed in order to make everything clear. Moreover, it is essential to avoid certain drugs containing aspirin in the 10 days prior to the surgery. The patient will undergo a hair washing one day before the surgery, and a careful make-up removal the day of the intervention. It is important to remain fasting 6 hours before the procedure.

After temporal lift plastic surgery, anticoagulants and anti-inflammatory are prohibited for two weeks before the intervention in order to avoid the risk of bleeding or any risk related to anesthesia. In addition, it is also forbidden to smoke for at least 7 days before and after the procedure to facilitate healing.

After temporal brow lift, it is necessary to make the care according to the surgeon's instructions twice a day; cleaning the scars with physiological serum, without rubbing. Besides, rigorous hygiene is essential to limit the risk of infection in the operated area. As for the hair washing, it can be done with clear water during the first two days, the shampoo is allowed from the third day. Moreover, any immersion (bath, pool, sea) is strictly prohibited the first month after the procedure. Apart from scars, you can use a moisturizing cream for the surrounding skin. Furthermore, any massage of the operated area should be avoided the first month.