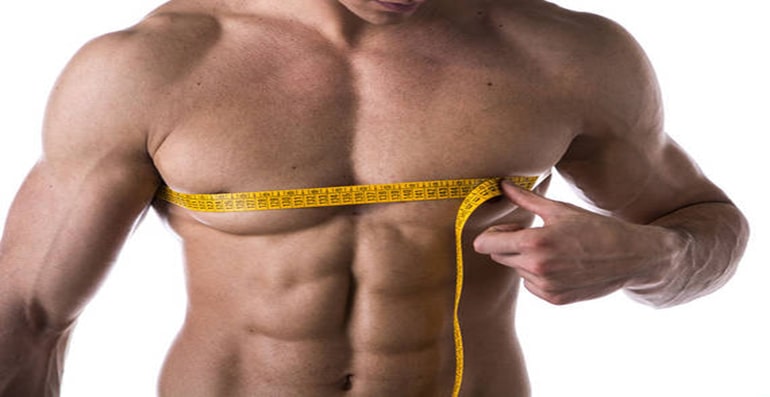 The pectoral implant surgery is a cosmetic surgery for men that places an implant under the chest muscle. The goal is to give a man a more muscular appearing chest.

The operation involves placing silicone gel implant. The surgery is performed using general anesthesia. In some cases, it is performed endoscopically.

After surgery, there will be some swelling and bruising, as well as some moderate pain which will be managed with pain medication. It is highly recommended to avoid any strenuous physical activity for the first week, especially anything that involves the use of arms.

Several models of pectoral implants exist depending on each case.

It is therefore a simple and very effective plastic surgery.

The price of a Pectoral implants in Tunisia coupled with a week of recovery or vacation in a 5 stars hotel is at least % cheaper than the sole procedure in Europe and for the same medical quality.

Lear more about prices of cosmetic surgery in Tunisia.

Before the breast implant surgery, the patient goes through an examination to ask all their questions concerning the intervention, the contraindications and the postoperative follow-up of the recovery time. During the preoperative examination, the patient expresses their expectations of the pectoral implants placement, as well as the dimensions and projection of the implant.

The plastic surgeon suggests the appropriate pectoral implant. In fact, it should be suitable to the size of the pectoralis major and its shape after measuring the thorax.

The pectoral implant consists of a smooth envelope filled with a very cohesive silicone gel. In general, the pectoral implants have either a rectangular shape or a rounded parallelogram shape. There are different shapes and sizes relevant to the male chest morphology.

The pectoral implant surgery is done under general anesthesia, and lasts approximately 1 hour and 30 minutes. Besides, the patient should stay one night in the clinic.

The plastic surgeon makes a vertical incision, high in the armpit, of five centimeters to leave a pocket in order to insert implants under the pectoral muscles and over the ribs. In fact, the scars are invisible. The practitioner then places the prosthesis in place under the pectoralis major muscle. Besides, the pectoral implants fixation can be done by detaching the muscle at the edge of the sternum and replacing it with the implants. Finally, the surgeon makes the sutures with resorbable threads and then puts an elastic garment on the area.

The scars will be hidden, following the pectoral intervention, since the incision is made in the hollow of the armpit. Therefore, any scars remain invisible. Besides, the stitches are sutured with resorbable threads that will disappear after 15 days. In addition, the dressing will be placed at the level of the chest in order to allow the pectoral implants adaptation to the muscles and to guarantee a better scarring.

After pectoral implant surgery, bruising and edema will appear in the first days after surgery. Moreover, the pain is moderate but can be calmed down with analgesics. In fact, they gradually fade during the first week after pec implant intervention. Furthermore, the patient may feel difficulty in raising their arms for a few weeks. Besides, it will be advised to wear a chest compression garment day and night for one month after the breast implants surgery to keep the chest implants in place. Furthermore, after one week, the patient can resume their daily activities, otherwise the professional activity resumption must be in two weeks. As for soft exercises, such as jogging, they are allowed without much delay, however it takes 3 months to resume the sport.

The change can be appreciated from the first days after the pectoral implant intervention. The pectoral prostheses effect is quite natural and well-drawn. Indeed, the torso has more projection and muscular appearance. However, the muscular function is not affected.

Advices before and after men pec implant surgery

Some precautions should also be taken by the patient, including stopping smoking one month before and after the pec implant surgery. Besides, it is recommended to avoid taking aspirin and anti-inflammatory medications 10 days before and after the male pectoral procedure. There are, however, some contraindications to the male pectoral implants placement such as psychological disorders, chronic diseases and patients with coronary and respiratory problems. After breast implants intervention, the surgeon may prescribe antibiotics to the patient.