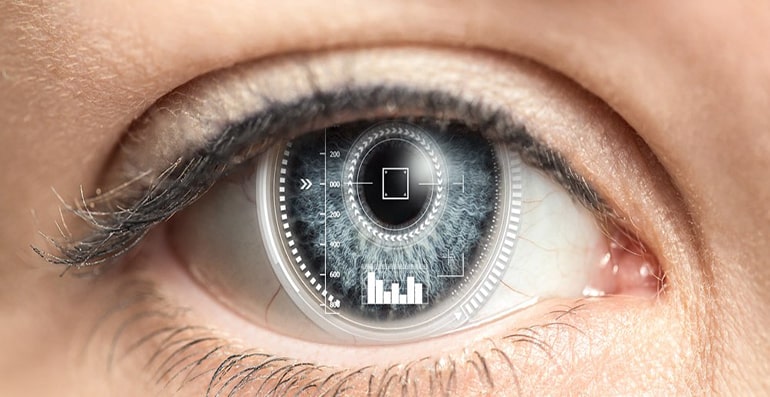 Cataract surgery is the most common surgery in the world. It's a fast, low-risk operation that restores vision by placing an artificial implant in the eye. The techniques have been radically modified over the last twenty years with the refinement of microsurgery techniques, which now allow cataracts to be operated in very good safety conditions.

Cataract surgery is a surgical procedure that removes the lens from the affected eye and, in most cases, replaces it with an artificial lens. The intervention is irreversible. It aims to replace the natural lens with a synthetic refractive lens adapted to the desired correction objective whether convergent or divergent.

Cataract is the clouding of a lens, located behind the iris inside the eye, called crystalline. It consists in emulsifying then emptying the contents of the crystalline lens in order to install a synthetic artificial lens through a small incision made in the cornea. Usually the eye lens is clear and transparent, but when the cataract develops, the lens becomes opaque and this affects the view. It is a common condition that touches more than one person in five over 65 years and nearly two in three after 85 year. If the disease is too advanced and makes daily life and normal activities difficult, the surgeon may recommend the laser cataract surgery.

It is the only way to properly restore vision once the disease is in place.

How is Caratact surgery performed?

The surgeon must carefully examine the patient before the procedure such as fundoscopic examination to be sure that the macula, which is a part of the retina where the visual acuity is maximal, is in good condition.

Cataract surgery is performed by an ophthalmologist with a high-tech instrument.

It is a fast technique that usually lasts 15 to 30 minutes under local anesthesia. It is carried out with a topical injection around the eyeball, which means that the patient is awake during the procedure. During the intervention, the surgeon will make a micro-incision on the side of the cornea in the eye in order to remove the affected lens. Once removed, the doctor places a small plastic lens called an intraocular implant. If the disease affected both eyes, the surgeon will carry out two separate surgeries a few weeks apart. This makes it possible to find the normal vision of the first eye operated before the second procedure.

The laser cataract extraction is performed under topical anesthesia with anesthetic drops. Indeed, it is painless and does not require hospitalization. Most often, it enables an excellent vision recovery from the next day. The patient can then resume their daily life activities. Furthermore, after cataract surgery, the artificial lens becomes an integral part of the eye and does not require additional treatment or special aftercare. However, the patient may experience a feeling of discomfort in the eye after the intervention such as tingling, redness, etc. But local anti-inflammatory medication are sufficient for a few weeks.

Result and outcome after Cataract surgery

The visual recovery is usually quite fast, in few days. The functional result is good, provided that the patient's eye, especially the retina, does not hold other abnormalities. This lens allows the passage of light to the retina, which acts as a screen and allows vision, and thus the patient's vision will improve.

In some cases, the doctor may advise Lasik surgery. This is the case, for example, when they try to correct astigmatism at the same time as removing cataracts. So, the incision of the sac containing the lens is performed with a laser.

Advices before and after Cataract surgery

It is strongly recommended to stop smoking before the surgery because it will reduce the risk of lung complications after surgery. Besides, it is forbidden to drink alcohol 24 hours before surgery, since alcohol may interact with certain medications.

After the intervention, the patient must wear sunglasses because the eyes will be sensitive to light, and change their glasses in the weeks after surgery to be adapted to the new vision. For women, it is forbidden to make up the eye for 1 or 2 weeks.

In addition, it is recommended not to rub the eye even if the patient feels the need to scratch it. Therefore, the patient can apply fresh water compresses which can help relieve this uncomfortable feeling. Furthermore, they should be careful not to close their eyelids with force and not to have water and soap in their eyes for 2 weeks. Besides, swimming pool is prohibited for at least 2 weeks.

Every operated patient must be followed by his ophthalmologist at least every year, including a fundoscopic examination, which will detect a tear or detachment of the retina. In fact, the first can be laser treated, while the detachment requires surgery.