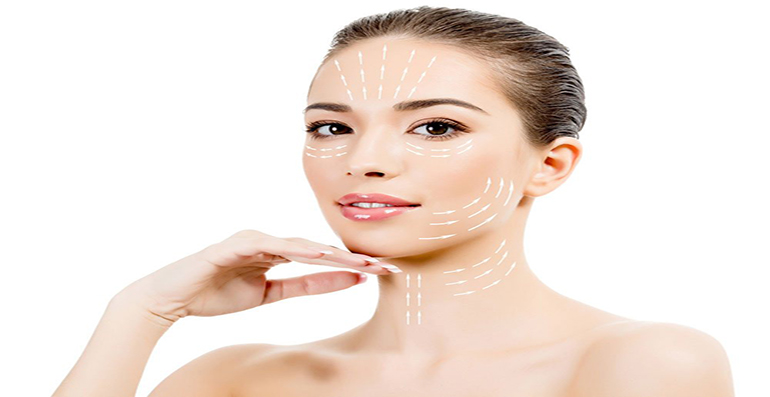 A facelift surgery, also known as a rhytidectomy, is a plastic surgery that aims to give a more youthful appearance to the face. It reshapes the lower half of the face by removing excess facial skin and sagging facial tissues. Facelift surgery is said and known to turn back the clock, as it enables a patient to significanty rejuvenate their face.

Facelift surgery not only helps the patient to look younger, it also makes him or her look better and more refreshed. The removal of excess sagging skin, the smoothing of deep folds, the tightening and lifting of the deep facial muscles help the patient to obtain a better look. It also eliminates deep wrinkles or rumples around the nose and mouth, excess hanging skin and fat in the neck and under the chin.

After a facelift sugery patients generally feel better in their own skin and benefit of an increase in their self-confidence.

Discover our surgeries for facial rejuvenation:

In the UK, the cost of a facelift surgery differs and is mostly dependent on the specific training of the surgeon involved and his or her experience over the years. The surgery is usually around £ 5442. This cost only covers anesthesia, surgeon’s fees, and the operating room facilities.

However, a facelift surgery in Tunisia will cost about 40% - 60% less than what it would normally go for in the UK, and this includes recovery stay at a five-star hotel.

Tunisia is rapidely becoming a commercial hub for British patients, who want to combine world-class medical attention from top surgeons with a recovery holiday.

This will enable you to save 57% on the cost of your facelift surgery compared to the UK prices.

Facelift surgery in tunisia in short

How facelift surgery is carried out

Facelift surgery usually involves one to two nights at the hospital and the use of general anesthesia. There are different types of facelift surgeries.

For a traditional facelift surgery, the surgeon makes an incision right in front of the ear with an extension to the hair or the hairline as well as the space behind the ear into the hair-bearing scalp. The surgeon afterward lifts the skin of the deeper fascial muscles and fat and carefully pulls the skin in an upward and posterior direction to remove the excess skin. In most cases, the deeper tissues of the face are always tightened.

After this, a small incision can be made under the chin, this can help tighten the skin and deeper tissues of the neck. This procedure is otherwise called a neck lift. The incisions are then closed with sutures or with staples.

The surgeon can place a drain under the skin directly behind the ear for a day or two. This is to remove any excess fluids or blood.

Scars related to a facelift surgery

Scars from incisions during a facelift surgery are rather unnoticeable as they are hidden behind the ear and behind the hairline.

The length and location of the scars may vary for different individuals depending on the extent of the lift. The incisions are closed with self-dissolving sutures, blending with the face over time and leaving no visible scars.

Patients who undergo a facelift often times return to their normal daily activities after 2 weeks and those who engage in constant strenuous exercise might be asked to wait for about 4 weeks depending on their surgeon’s advice. The time frame is even normally shorter for those who undergo a mini facelift.

The vast majority of patients do experience some discomfort after surgery but the medication will bring them a lasting relief. The suture used are usually removed 5 to 10 days after the surgery and incisions and bandages are to be kept dry at all times and patients should be sure to follow specific instructions given by their surgeons as regards bathing and washing. Patients may experience muscle stiffness and numbness for some time and scars can at times take up to a year to fully mature.

Patients' primary concern after a facelift surgery is usually how long it will take them to look presentable and unlike a breast or body procedure, for example, it is usually difficult to cover the operated area with clothing. Bruising and swelling after a facelift is a normal act and always at their highest some 2 days after the surgery. After that, the swelling and bruising will get better with time and become quite unnoticeable after 10 to 14 days. Most patients get comfortable and can easily go out and have interactions in about a week after their procedures.

As you get back on with your daily activities after a facelift, it is important to keep your face away from the sun. You should wear a wide-brimmed hat and apply sunscreen regularly to ensure an effective healing of the scars.

Results and outcome of a facelift surgery

A facelift surgery helps smoothen the skin and other areas of the face for a younger look.

The procedure can also help achieve the following:

Before after photos of a facelift surgery 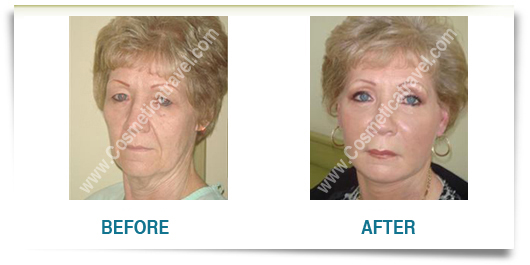 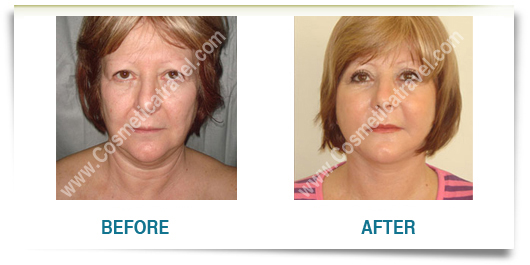 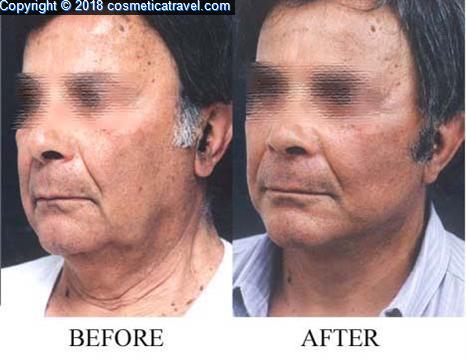 Advice before and after facelift

Before your facelift surgery :

After your facelift surgery :

After undergoing a Facelift, the surgeon will give you detailed instructions on post-operative care. These include: