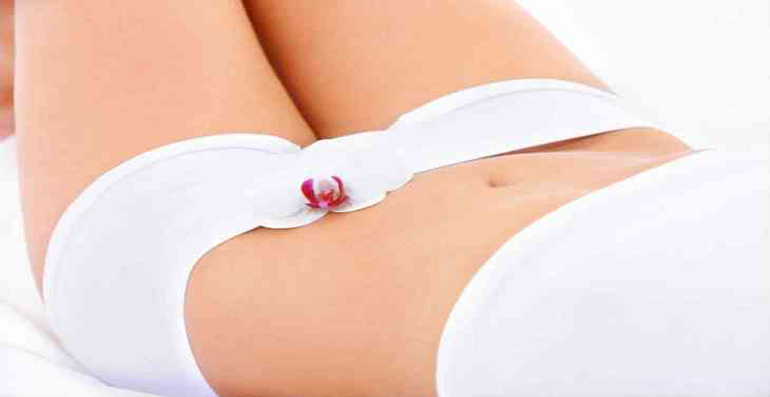 Some young women are dissatisfied with the appearance of their labia, especially in case of asymmetry of the labia minora. Though, it is very common to have a small vaginal lip bigger than the other or significantly exceeding labia majora. Indeed, the size of the large genital lips may cause a feeling of discomfort and often women live a real complex since adolescence troubling their love life. Furthermore, some women who view their inner labia as abnormally long may lead them to emotional or psychological distress during sex or may feel pain and irritation while wearing a thong, swimsuit or during physical exercises.

Labiaplasty, also known as Nymphoplasty, is a simple procedure to the labium. It consists of the reduction of the labia minora and the flaps of skin either side of the vaginal opening. This intervention is an effective solution when this phenomenon is seen as an aesthetic or embarrassing problem for women. The surgery usually improves the patient's love and social life.
The ideal candidates for this type of procedure are women who feel discomfort, pain and chafing during sexual intercourse, when riding a bike or wearing tight-fitting such as leggings, yoga pants and jumpsuit. Generally with age and childbirths, the labia will change in size and appearance. Women who suffer from labia asymmetry opt for this surgery to restore symmetry of their labia or to reduce its size. Furthermore, the Labiaplasty can be obvious for congenital problems; some women suffer from hypertrophy of the labia minora since their birth. It is performed when the labia minora have reached their full development.

The price of a Labiaplasty in Tunisia coupled with a week of recovery or vacation in a 5 stars hotel is at least 62% cheaper than the sole procedure in Europe and for the same medical quality.

Tunisia is attracting an increasing number of British patients for their cosmetic surgery. In Tunisia, in addition to taking advantage of much lower costs you can also combine your treatment with an exotic holiday. And all of this would still cost much less than the sole procedure cost in the UK.

Labiasplasty in Tunisia in short

How is Labiaplasty performed?

Before a labia surgery, the surgeon will receive you in examination to answer all your questions and will also remind you of the biological function of the vaginal lips. Then you will determine together the desired size of your labia minora. The procedure is intended to change the size or structure of the small lips surrounding the vulva.

There are two major methods of Labiaplasty:

In the longitudinal procedure, the doctor makes an incision with a scalpel in the excess part of the labia minora, and follows the free edge of the lip. The loose edge will be stitched up with fine, dissolvable threads to ensure a flexible scar. This is the most used technique in case there is a large reduction, and it also allows to enhance the skin of the clitoral hood. In fact, it is frequently associated with the hyper-pigmentation reduction.

The triangular method, also known as Vertical technique, involves the elimination of the exceeding part of the minora lip. While keeping the appearance of the lips folds. This surgery helps to get rid of the mucous excess of the labia minora. The scar is perpendicular to the free edge of the labia minora towards the vagina.

None of these 2 techniques is better than the other, it all depends on the mucous excess and what will have to be removed surgically.

The main goal of labia reduction surgery is to have an aesthetic labia and to improve its appearance. Thus the scarring is simple and invisible. Indeed, the incisions are made in the crease of the inner and outer labia and as such they are imperceptible. In addition, the stitches used in Labiaplasty are very fine; they will dissolve in 8 to 21 days.

Post-operative treatments are light and simple. Right after the surgery, lips can cause small spills. Slight vaginal bleeding may occur, since the vaginal lips contain many blood vessels. The lips might be sensitive and slightly swollen. They might be a little painful during the first week, especially when urinating or sitting, and will require special hygiene care.

It can take a couple of months for the skin to fully heal. Nevertheless, the reduction of the labia minora requires special care the days following the procedure. The surgeon will prescribe simple analgesics to reduce labia minora swelling. The patients can feel discomfort when sitting, walking or urinating the first days. During the first two weeks, it is recommended to wear a panty liner because small spills of blood can occur as the vaginal lips contain many blood vessels. Two weeks after Labiaplasty, the patients can resume their usual activities.

Sexual intercourse is not recommended during the first days of surgery as they may cause pain and increase risks of infection. Normal sexual activity can be resumed 2 weeks after the labiaplasty. Scarring will be monitored by a doctor and is usually quick.

Read about other intimate plastic surgery:

Result and outcome of Labiaplasty

The result is visible immediately with a correction of the excess part of minora labia. However, because of postoperative edema, healing time takes an average of 2 months for a definitive result. The aesthetic appearance of their labia will be improved; no more droopy, tugging or irritated vaginal lips.

Most patients are very happy after a labiaplasty. They often declare having regained self-confidence and regret not having undergone the intervention much earlier.

Advices before and after Labiaplasty

Before a Labiaplasty, the surgeon will carry out a gynecological examination to assess the degree of hypertrophy, asymmetry, hyper-pigmentation or mucous excess in the labia minora. It helps to better understand the patients expectations and discuss with them what can be achieved. The surgeon will give a few instructions before Labiaplasty. Indeed, it is recommended to stop smoking at least one month before and after surgery to avoid crippling healing. Aspirin is prohibited during the 10 days prior to the procedure. It is important not to eat or drink anything 6 hours before the surgery. Also, it is advised to shave or wax all the hair on the vulva and vagina areas 4 days before the surgery. The surgeon may prescribe preventive treatment for patients who are susceptible to genital herpes.

After Labiaplasty, patients should keep the area clean by washing it with water and dry it carefully twice a day in order to avoid infection. Moreover, it is recommended to wear loose underwear and clothes to prevent rubbing and use sanitary towels instead of tampons for a few weeks. The patient should avoid sexual intercourse and sports activities the first month after Labiapasty. And within a month, they should be able to resume their normal activities.