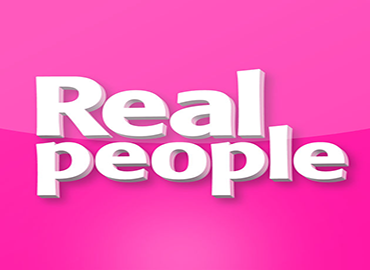 DEBORAH FERLAY, 41 , HAD FORGOTTEN WHAT WAS LIKE TO FEEL GOOD AB OUT HERSELF UNTIL SHE TOOK A TRIP TO TUNISIA

Licking the last greasy dregs of cheese and onion crisps from my fingertips, I tried to settle in front of the telly.
But my belly was still grumbling. Feed me.
“Oh sod it” I thought. “One more pack of crisps won’t hurt”
Well, it is not like they were going to ruin my figure. Six kids and many miserables relationships had done that already. I was 40 and at 5ft 5in I weighed 14st.
“Disgusting” I thought whenever I looked at myself.
Not that anyone knew how I felt. Working for a housing charity, I was popular, outgoing. But once the door of my bed-sit in Brixton, South London, closed, my smile would sleep.
Because the truth was, I was miserable. While my three oldest children had left home, my three youngest lived with their dad.
So, it was just the TV and my junk food to keep me company.
And boy was food my friend. If I was sad, angry or just plain bored, chocolate or chips was the answer.
A month on, a friend said:” Come out ,you could do with letting your hair down”.
I dolled myself up as best I could , but I ,still felt a frump in my old black baggy dress.
I didn’t show it though - slapped on my” babbly big girl” smile.
But I felt so ugly compared to the other girls. “No man’s ever going to fancy me in this state”
Then, a couple of glasses of wine later, I got chatting to a man.
“David Lindsell, he grinned, offering me a drink.
He was 51, a divorced civil servant. Not really my type, but he was friendly, funny. And before I knew it, we were laughing like old friends.
So when he asked for my number, I thought: “Why not?”
I wasn’t kidding myself. I knew he couldn’t fancy me. But a friendship was something.
So over the next weeks, we‘d meet up and talk about everything from our children to East Enders.
The more is aw David, the more I liked him. He was so funny, so kind. ”You know I really like you,” he said one day a month later.
But instead of launching myself into his arms, something held me back. Fear of being rejected. And I guess, the fear I just didn’t deserve him.
So I kept David at arm’s length, said I just wanted to be a friends.
But when I was away from him, my heart told a very different story;
“I’ve fallen in love with you” I told him one day.
The joy on his face sent happiness coursing through me.
And for the time in years, I didn’t want to gorge. I wanted to live.
So I chucked out all the crisps and biscuits and made a vow- I was going to get gorgeous!
It wasn’t easy going to the gym three times a week. But I stuck at it, even started swimming. And slowly, the weight began to fall off.
“Wow,” David said when I hit 11st.”You’re more stunning then ever.”
“Don’t de daft, ”I blushed. But with his love, my confidence began to blossom.
So much so that when we went on holiday to Corfu three months later, I actually wore a bikini.
It should have been my perfect happy ending. I had a gorgeous new man and a new figure;
But strolling down the beech, I suddenly felt self-conscious; Yes, I’d lost weight, but that had left me with a jelly belly and saggy boobs.
“If only I could chop it all off,” I thought, giving my loose flesh at week. Then my new body would be perfect;
That’s when the idea of cosmetic surgery hit.
“If it would make you happy”, David said.
So, with his help, I found a company who arranged cheap cosmetic surgery in Tunisia.
I say”chip”. The tummy tucks and boob job to lift my 38C boob cost £3,100.
But looking in the mirror now and loving what I see is enough to convince me it was worth in.
Now, five months on, David and I are setting up home in Horley, Surrey and I’ve never been so happy. With a wonderful man and a body to die for; I’ll never need to gorge on crisps again!

As told to Carol Staples and Vicki Addinal